Libro – Open Scriptures: Notation in Contemporary Artistic Practices in Europe and the Americas 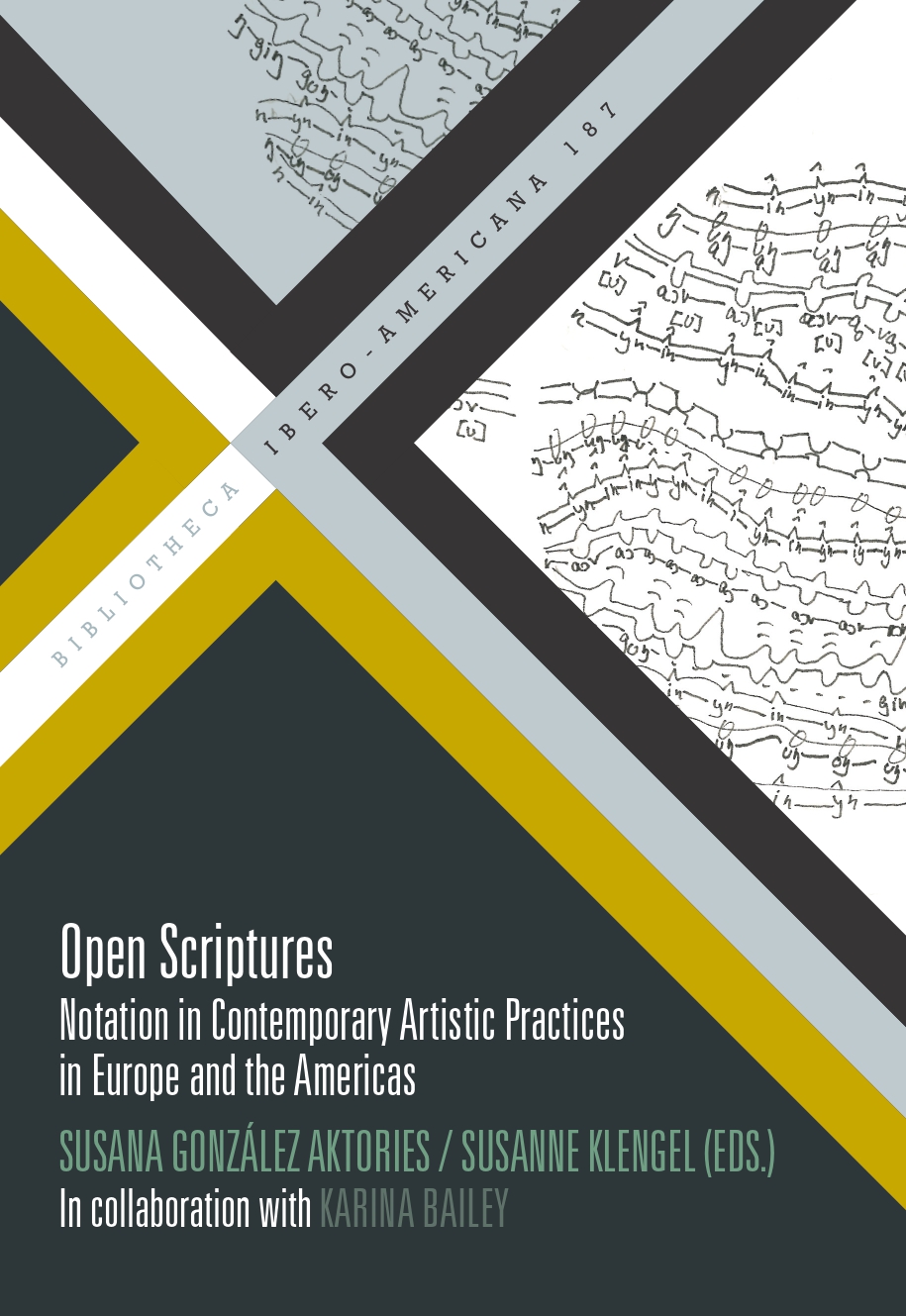 Numerous artists and theorists since the early 20th century have approached notation with the idea of analysing the accompanying practices of writing, inscription and projection. Throughout this time, we have seen an unusual multiplication of the scope of notation based on new paradigms that contemplate not only a combination of semiotic systems, but also their expression in varying materialities.

The authors offer a wide range of perspectives that are being developed around what is understood today as notation, both from the practice and poetics of the artists themselves as well as from the theory and critical analysis of specific works. These approaches show the multiple forms of legibility and significance that make notation an open type of writing, capable of manifesting itself in new and unusual ways in different art forms.

The essays compiled here weave a multilateral and interdisciplinary dialogue between academics, creators and agents from Europe and Latin America that, while largely based on literature and music, go beyond disciplinary spheres, proposing ways to further explore the intermedial richness of notation.